Denise Salcedo was born on May 18, 1992 in Downey, California. She was raised by her single mom and grew up in Bell Gardens, California. As a child Denise spent her days writing, reading and daydreaming. Her favorite things included dancing along to Britney Spears, fan-girling over the Backstreet Boys, writing songs, and watching wrestling with her uncle.

In high school she pursued acting and dancing, her love of film and television led her to pursue a career in acting. Denise later attended California State University, Fullerton however it was there she realized acting wasn’t her dream. Instead, she fell in love with Journalism. Within a year of college she changed majors and decided to dive into Broadcast Journalism. Immediately, she knew she had found her passion. Denise developed a love for video production, reporting and research.

The Start of Her Journey In The Media

After graduating Denise believed she would become a news reporter. However, after working for a few local stations  (PBS SoCal, Crown City News) she realized hard news was not who she really was. Denise dreamed of being on E! News, Access Hollywood or perhaps interviewing wrestlers on WWE. But truthfully all those dreams seemed a million years away. So Denise began working with other Entertainment channels to get her foot in the industry and learn the ropes. She began covering red carpets, press junkets and writing for Red Carpet Report TV, Press Pass LA, and The New Music Buzz. Once Denise got a taste of life as a real journalist she began working left and right with countless digital channels including J-14 Magazine, Life and Style, The Trendy, What’s Trending and so many more. Denise took on a million roles and wore many hats; she brainstormed and produced content, wrote scripts and edited videos to name a few. Her curiosity and drive to learn new things helped her grow into a full-fledged multi-media journalist.

Denise then decided she needed to expand her brand and build an audience. It took her  quite a while to find her niche, especially with so many interests it was hard to just settle on one subject. Denise first began with her travel blog, “Travel with Denise”, she wrote about travel destinations and recorded her experiences as a solo female traveler. From designing her own website to creating travel photography, her site to this day gets thousands of views per month. However, her travel blog is now mostly a passion, sort of a travel diary. She then fell into the world of live-streaming, Denise found a platform to channel her energy and show her personality in a live setting. Within two years Denise would build a loyal fan base of over 130,000 fans. Once she realized she had built a following she decided to transfer some of her viewers over to her YouTube channel. Denise began creating fun silly videos and even produced her own original series titled, “Girl Rants.” However, even though Denise was still working as a Freelance Journalist, live-streaming, and blogging she was still frustrated with the lack of opportunities, she wanted and knew she could do more. 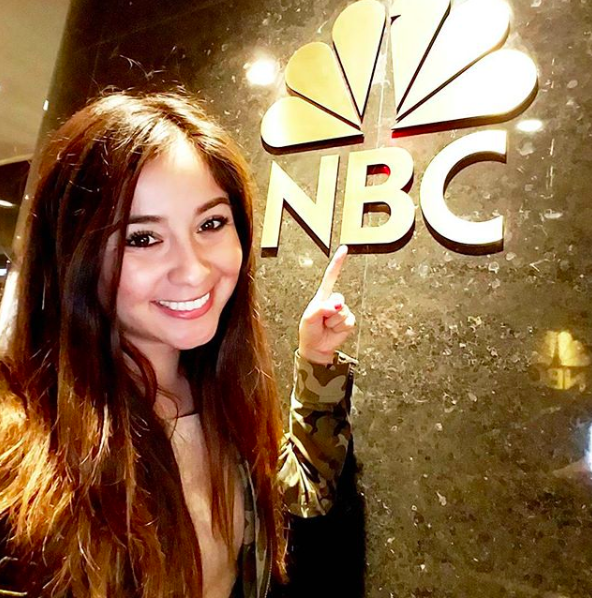 On March 2018 Denise decided to take a risk and launch her own media site. She would do everything she does for other websites but for herself. It was then that Denise created Instinct Culture. Denise immediately fell in love with her creation, a brand that covered everything POP CULTURE from TV to Film to even Pro Wrestling! She just wanted a place to write, create video and eventually see grow. Once Denise launched Instinct Culture she became busier than ever running from event to event while also working multiple jobs.

Whoops forgot to mention that Denise at this point had meshed her love of hosting and wrestling into one! Yes, Denise had landed her first talent deal back in December 2017 with Aro Lucha as their official ring announcer and she was working steadily as local ring announcer and interviewer with SoCal indie wrestling promotions. Denise was expanding her brand, building an audience and creating.

Denise currently runs her website Instinct Culture, still works with many Entertainment networks and is making a name for herself within the wrestling business! Her hobbies include; binge watching on Netflix, listening to Taylor Swift, traveling, watching wrestling, writing and talking! Denise is always ready for a good conversation! Denise describes herself as an Adventurous, Energetic, Happy-Go Lucky, Bubbly, Obsessed Swiftie, Everything At Once kind of girl.